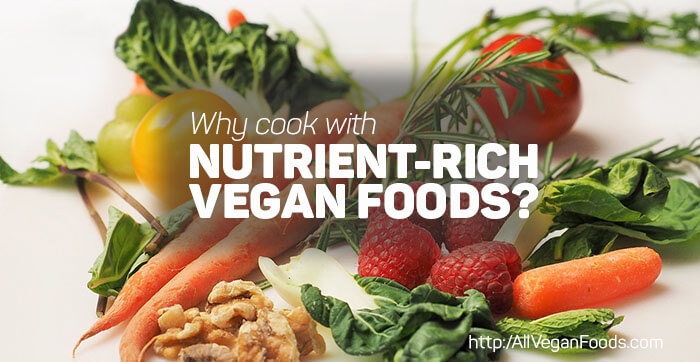 Cooking vegan has been a fun exploration for me since starting this blog a couple of years ago. I started it as a kitchen experiment, wanting to give myself encouragement to stay on a vegan diet, and share my research with others. What I uncovered was that, unless you are cooking vegan with a focus on right nutrients and health, you can easily make yourself sick. This is true, whether you commit to cooking vegan or not.

Recently one of my excellent Twitter followers sent me a message that said,

“@AllVeganFoods you should publish a cookery page as you are queen of all things delicious. quit the #nhs love and focus on #vegan.”

First off, thank you so much, @MartinStill1, for naming me “Queen of All Things Delicious.” I'm thrilled that others enjoy the recipes I publish as much as I enjoy researching and testing them. And yes, I promise to keep giving more!

Yet, I want to express to the world why I also focus on health. Too many ex-vegans out there blame the vegan diet for their health woes. Celebrities like Angelina Jolie who speak out about how a vegan diet “almost killed her” beg to have the question asked, well, exactly what were you stuffing yourself with in the first place? While I do not believe that Dr. Mercola tells the whole story.

Cooking vegan or not, pay attention to essential nutrients

Meat and vegetarian diets can still be lacking in essential vitamins and minerals for the body. Here below is an excerpt from a post on The Full Helping that makes this point well:

The vast majority of women I’ve worked with who had a bad experience with veganism in the past simply were not eating enough variety and caloric density to supply their bodies’ needs; they also frequently paired veganism with other drastic and overnight dietary changes (giving up certain food allergens, or going 100% raw). The overall effect was a devastatingly restrictive pattern of eating. I have absolute respect for anyone who has followed a well balanced vegan diet and found it wanting, but I know from experience that many people who try veganism and fail to thrive simply haven’t bothered to modify the lifestyle to suit their own needs. Any new way of eating involves guesswork, patience, and trial and error: you figure out what’s working and what isn’t, and you modify it until you feel great.

This is actually why I so admire my buddy Brendan: many of you may be surprised to hear that Brendan’s first run with veganism was a big flop! He was tired, sluggish, and hungry all the time. Rather than decide right away that veganism itself was to blame, Brendan studied nutrition carefully and identified precisely what was lacking in his diet. In his case the culprits were, among a few other things, iron and Omega-3 fatty acids. As soon as he took care to find vegan sources of these nutrients, he found his own best health, and the rest is history. [Read the whole post here]

The bottom line is, whether you are cooking vegan, vegetarian or otherwise, know the essential ingredients that keep you in optimum health, so you can continue to support the whys of cooking vegan, in optimal health. And yes, Martin, I promise to live up to the compliment, “Queen of All Things Delicious,” with many more recipes to come!

Thanks to all for reading and visiting often! 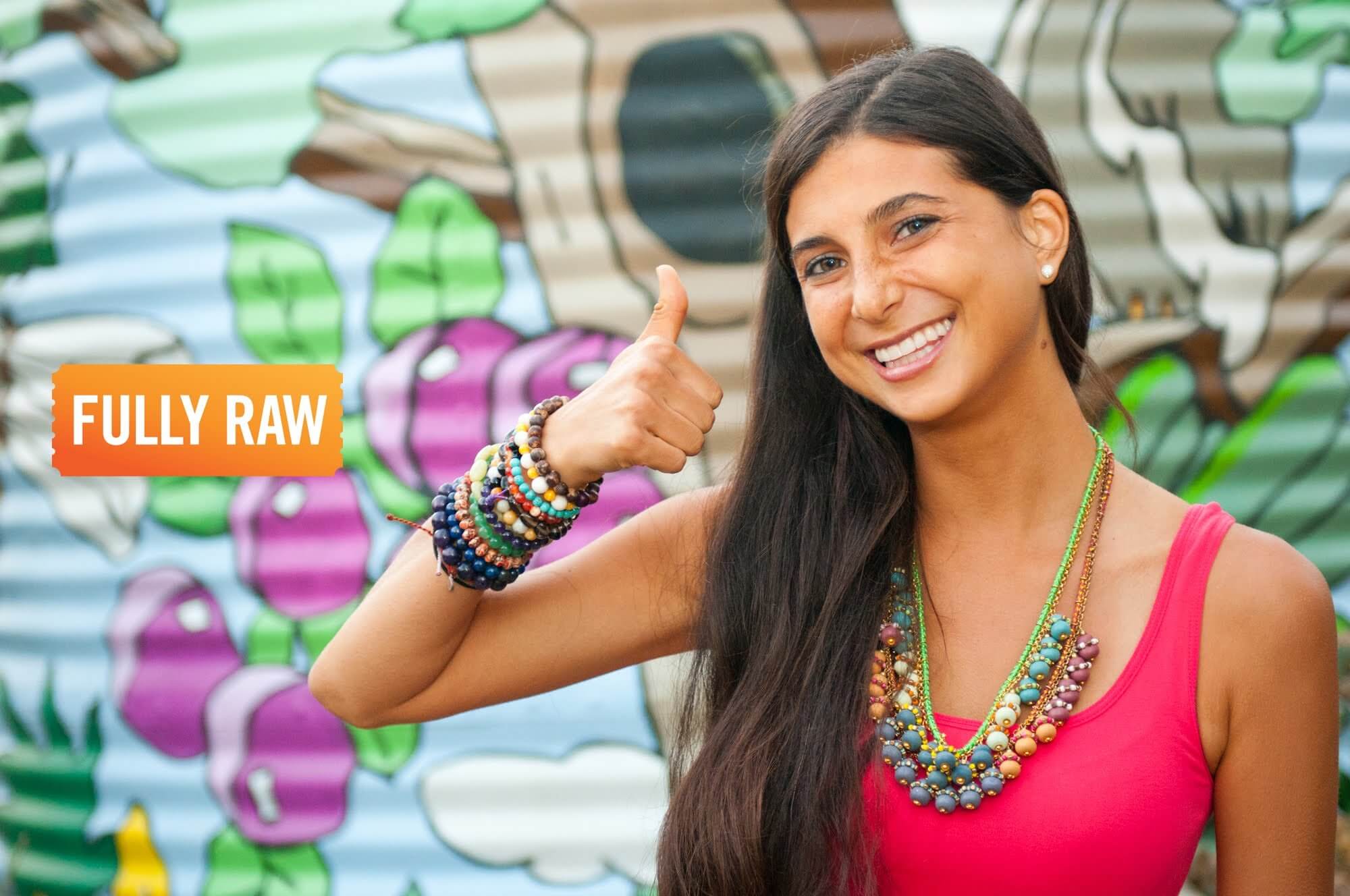 Vegan Doctors and Healthcare: Are They Better?

We are living in a pretty cool world now. We don't have to take anybody's word for anything. Take, for example, the argument that a vegan lifestyle is deficient and you will get sick if you don't eat meat. If you're doctors aren't vegan, they may give you that same argument. I bet plenty of ex-vegans in the past believed this one, because there just was not enough research done to find out exactly what the deficiencies were.

Vegan doctors understand about B-12 vitamin deficiencies, among other things

Here's a brief explanation about B-12 deficiencies in the video below, and why it's so important:

FullyRawKristina says that B-12 is only found in organic, nutrient-rich soil grown vegetables. She also points out that, before taking supplements, get checked first to see if you have the deficiency. You may be fine! Of course, it never hurts to get a blood test to make sure you are getting all the nutrition you need. For busy lifestyles that don't have time to prepare foods everyday, nutritional supplements can give the extra support you need.

I don't know if it's true, and I don't want to diss any doctor who has taken the Hippocratic oath. Yet if you want to stay true to yourself and your vegan lifestyle choices, you may want to check out vegan doctors and healthcare, if these services are in your area. Here are a couple of resources that may help: 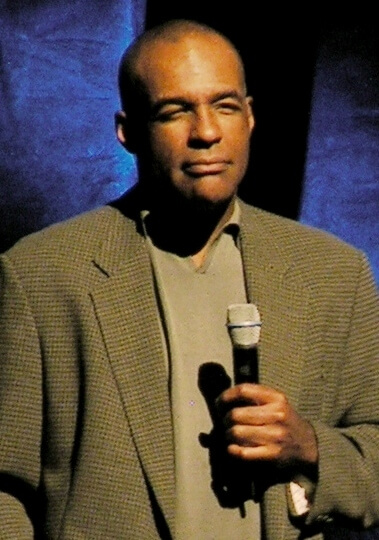 23 Hot Guys who are Vegan 23 Vegan men telling about how they became vegan and why.

“I decided to become a vegetarian when I was in my teens. At the time I was doing it because of my love for animals, but also for a girl. Of course. I have continued to stay with it out of my great respect for animals, though. Any form of animal abuse is pretty upsetting to me.”

“When people ask me why I don’t eat meat or any other animal products, I say, ‘Because they are unhealthy and they are the product of a violent and inhumane industry.’”

Read and see the pictures at: www.buzzfeed.com
Photo credit: Michael Dorn (I cannot find a link to him, if you know please let me know thanks)

10 Tips for a Healthy Transition to the Vegan Lifestyle

If you would like to know a little about how to make the transition from non-vegan to the vegan lifestyle and how to be a healthy Vegan listen to these two young women give 10 tips on the subject. Theshia Maher has been a vegan for 10 years, is an yoga instructor and a nutritionist.

Just remember to ignore the bee part though. Vegans don't take the easy road just because it is easy. 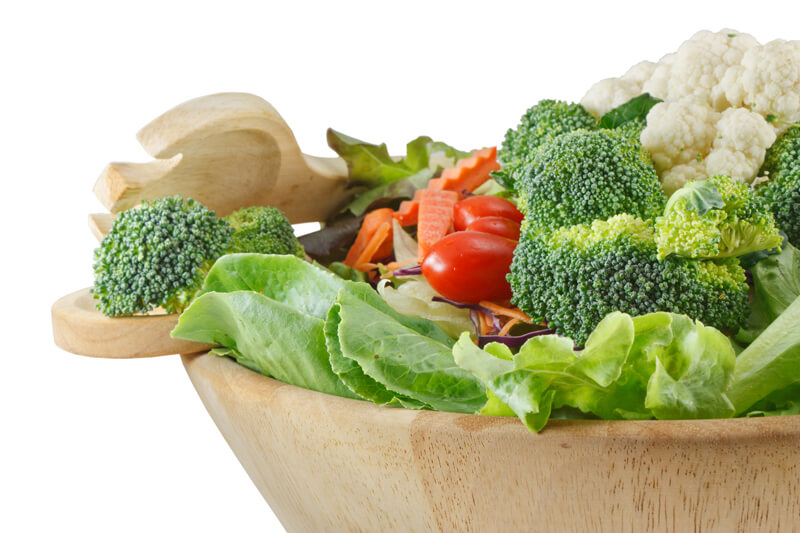 Amie Valpone has published 4 vegan salad dressing that help fighting inflammation. Home made dressings are always better than those you buy, as they usual contain unhealthy oils, chemicals and additives and they may be creating inflammation. The recipe calls for honey, so I have replaced honey with date syrup, recipe for the date syrup here.

In a small bowl, whisk all ingredients. Drizzle over salad; toss to coat and serve.

Get the other 3 anti-inflammatory vegan salad dressings recipes at http://www.foxnews.com/health

Why 5 Reasons To Go Vegan is the Secret Ingredient Are you thinking about changing your diets? Do you see the rise of veganism and do not understand the reasons why some people choose to go vegan? While changing to a different diet could be a personal choice and has no specific reason, here are five top reasons why to switch to veganism.

Animal rights
Many vegans attribute the change in their diet to counteract animal cruelty and as an opposition to killing animals for food. This is becoming more relevant recently as industrialised food production has reduced animals to basic confined objects in very crowded spaces and some harsh and inhumane conditions. There is also the simple reason that animals are living being and should not be exploited and killed for human consumption.

Environmental concerns
Raising cattle and other animals primarily for food production produces a high level of methane gas that has very severe environmental ramifications. In addition to that, raising animals for meat and dairy production requires the clear cut of large areas of land not only to raise the animals but to also to produce their feed. Furthermore, hormones and antibiotics are introduced into animals and therefore into the ecosystem.

Philosophical and ideological concerns
For many the choice to adopt veganism is based on philosophical or ideological reasons associated to a change in lifestyle. For some it is animal right, for other it is to feel at peace with nature and all its inhabitants.

Health concerns
Many people decide to switch to a vegan diet for health reasons. There has been some research to show that vegan diets are linked to better health, lower chance of getting lung and colorectal cancers and even a noticeable reduction in cardiovascular diseases. Plant-based foods also have a higher concentration of vitamins and antioxidants that are essential for a healthy and fresh looking skin. Furthermore, the body requires less energy to digest vegetables and legumes which makes you feel healthier and more energetic.

Cleaner and less processed foods
If you stick to wholesome products and cook for yourself you avoid a lot of chemicals and non-healthy ingredients that are usually added to meats and processed foods. While fertilizers and other chemicals can be used to grow vegetables, they do not get absorbed by your body in the same way and certainly do not accumulate as they would when eaten by animals that are higher on the food chain.