Measuring ingredients: got a recipe for that? How recipes are overrated 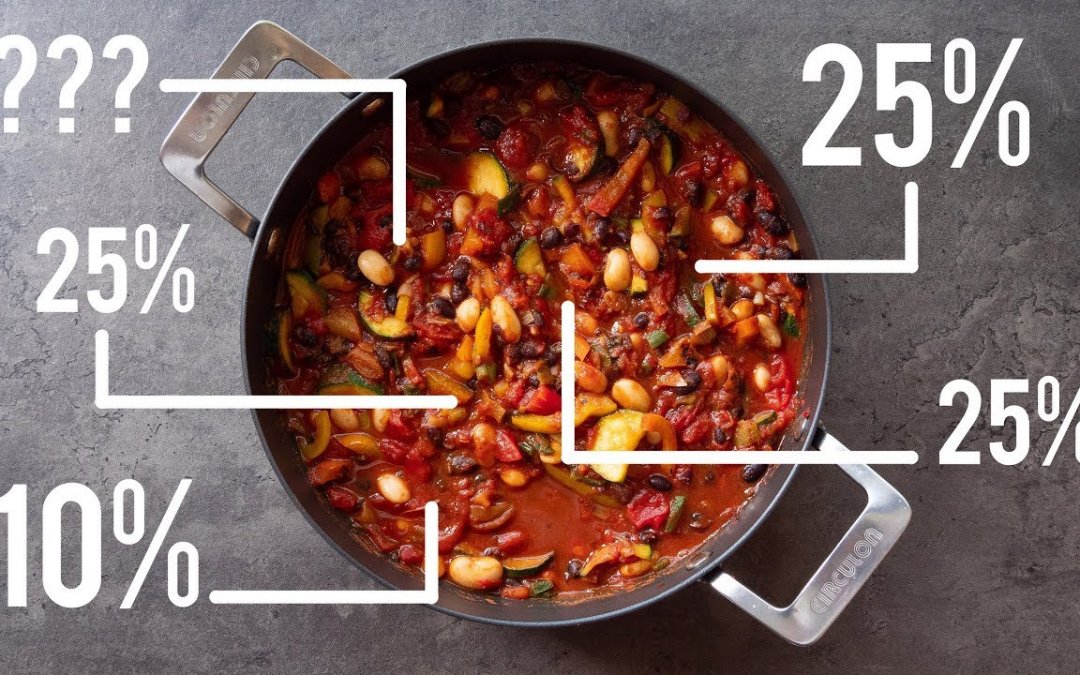 Measuring ingredients correctly when cooking can be a worrisome experience for inexperienced cooks and new chefs. If you never spent much time in a kitchen growing up, you could get caught up in the stress of measuring ingredients for a perfect outcome. Yet I encourage you to relax with your cooking and even go outside the boundaries set by a recipe to come up with your own creation.

Measuring ingredients takes a back seat in family recipes

Cooking has strong cultural and traditional ties. Recipes are passed down from generation to generation. I've watched many a mom and auntie (and a brother here and there) swiftly and skillfully throw ingredients into a mixing bowl and never pull out the measuring tools.

Secret oral instructions often circle a home kitchen in private. Some home cooks inherit boxes of hand-written recipes on index cards. Others employ arguments and cook-offs between sisters, brothers, mothers, and cousins at family gatherings. And yet others never set foot inside a kitchen until they live on their own as an adult.

Whatever experience you may bring to the table, as it were, start from what you know. Here on AFV, we used to detail recipes with exact measurements. But the more we cook, the more fun we have using the eye method, as well as the dash method. I explain these two methods of cooking without a recipe below.

About 10 years ago when I was still eating fish, my brother would ask me for a Hawaiian poke recipe. Nowadays I prefer vegan plant-based poke, and you will see a series starting here on that soon. At any rate, I drove my brother crazy because I never gave him the exact measurements, nor a proper recipe with ingredients, let alone measurements (I've always been that kind of, throw whatever you've got into the bowl kind of cook).

Every time he asked me exactly how much of an ingredient to add, my response was always, “Just eye it; you'll get the hang of it.”

Well sure, there's a little more to it than that. For those who have been using the eye method for many years, they don't give it a second thought. Cooking and baking are like muscle memory, to the trained eye.

The metric and imperial systems are always a consideration (and a royal pain in the butt) when making recipes. Using both systems often makes recipes look overwhelming – and, of course, the risk of making a mistake doubles.

When you ‘eye it’ you use the volume system.”Pouring a good amount could be anywhere from a quarter of a cup to a few cups, depending on how large your recipe is and what the ingredient is specifically. Don’t worry too much, though. This is how you learn to adjust your recipes through tasting rather than measuring – how you learn to have a good eye.

Our friends over at Taste of Home have some good tips on how to wing it when you don’t have your measuring cups for measuring ing4redients.

Another way to share a recipe is just to list the ingredients of a dish. That’s how professional chefs exchange secrets. They are not bothered to give measurements, as they know the foundations of how to cook – well, okay, not a surprise, it is their job after all.

When you ask one of these pros to give measurements, they may simply say, use a dash of this and a dash of that. Bartenders can be notorious for using the dash method. On a busy night of serving, who has time for measuring?

You’re getting the idea now.

These are called vague measurements. On a funny note, you can buy measuring spoons for the last three at Amazon.

A handful of cooked chickpeas does not weigh the same as a handful of parsley, so you may want to eye your measurements rather than weigh them.

What vague measurements do you commonly use?