7 Herbs To Help You Use Less Salt 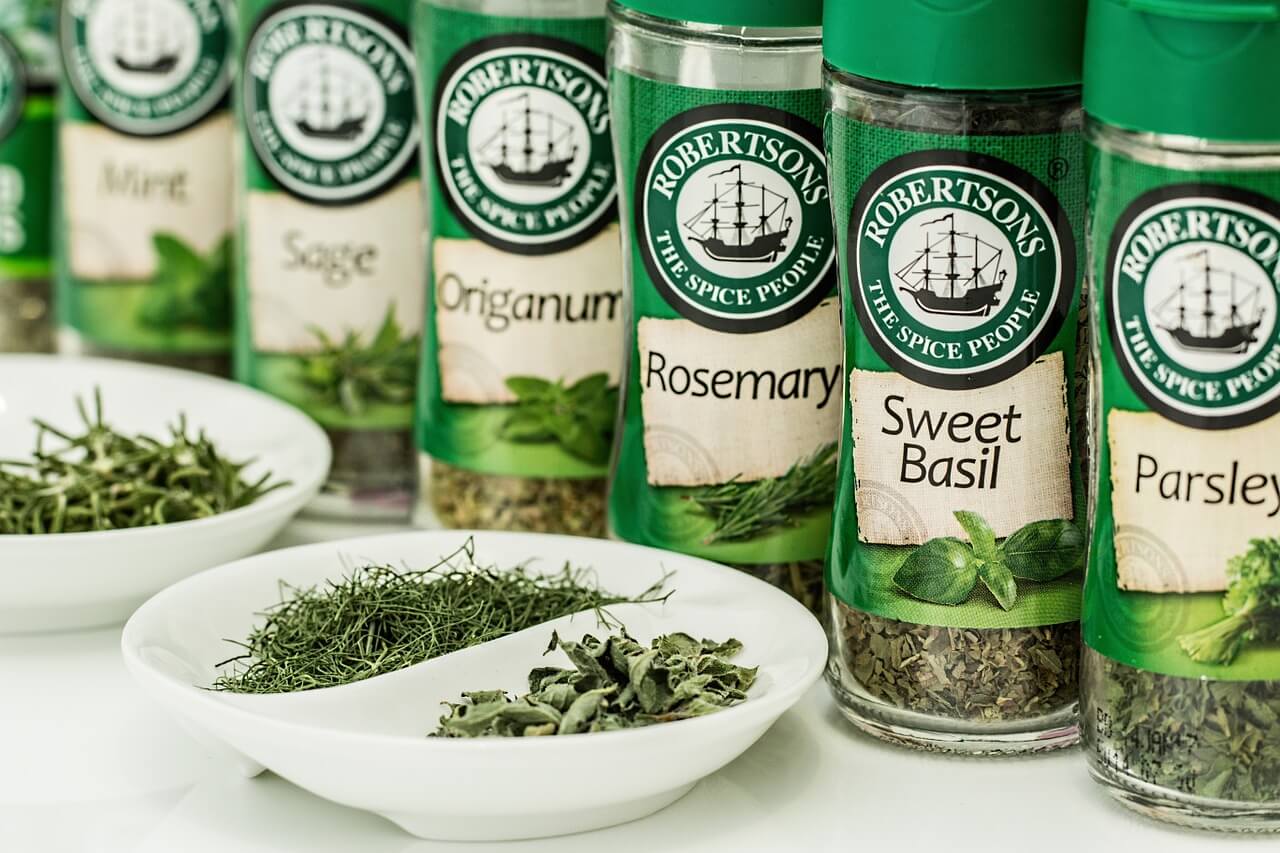 Before you decide to use less salt, know that humans need salt. We need 1500 mg of sodium, or 3.8 grams of salt, to replace the amount lost daily on average through sweat and urination. Besides helping to maintain fluid balance and cardiovascular function, sodium and chloride ions also play an important role in the nervous system. So keep your salt intake at a healthy level.

Salt is also the most common ingredient used in cooking. It acts as a preservative, a way to counteract the sweetness of a dish. And it satisfies our taste buds because it enhances the flavor of food.

Almost everybody loves that extra pinch or tablespoon of salt, but, too much salt can lead to several diseases.  High blood pressure being the most common.

If you need to or are choosing to decrease the amount of salt that goes into your food, consider using herbs as a taste replacement. You may already have these as a staple in your kitchen or in your herb garden.

Most of the food that we consume contains a fair amount of salt in them in their natural state. There isn’t a need to throw in some more.

One of the things people fail to realize is that eating healthy does not have to be misery. In fact, we all want flavor from our food. So, if that extra pinch of salt is important to you then take a look at the seven herbs below that can be used to replace salt.

Dill is a slightly sour herb that can be  paired with other herbs/spices to create a one of a kind flavor for your meals.

Consider pairing dill with a sweeter herb such as thyme to achieve a nice balance of sweet and sour. Dill can be used in the form of a leaf or in a crushed/dried form, it all depends on what you prefer.

Chives are an age-old source of added flavor and it is used and grow worldwide. Chives add a hint of onion to your dish and they already have natural salt content within them.

Chives are perfect for potato soup, chili, or a vegetable stew. They are also great in small amounts, such as sprinkled on your potatoes.

Thyme is a great alternative to salt because it comes in several flavor varieties including lemon and orange. There is a slightly salty undertone to thyme, but you also get the bonus of added flavor.

Thyme has a slightly sweet flavor as well and is best used in combination with parsley, oregano, and rosemary.

Mint also comes in several different flavor combinations. You can buy flavors like chocolate mint and orange mint in your local grocery store. These flavors work great in pasta, in baking, and in salads.  Yet, Swiss mint is for desserts only as the taste is sweeter.

Oregano is an Italian spice that works best with pasta dishes or added onto the pizza! Due to the spice’s potency and spicy undertones, the herb is an excellent substitute for salt. For an added kick, combine oregano with basil and parsley.

Allspice is a common herb blend amongst several cultures. There is no real “flavor” of allspice; the herb tastes like a blend of juniper, nutmeg, peppercorn, and cinnamon. Yet, it actually comes from a dried berry four in Jamaica.

The variety of flavors that we taste with allspice makes it a great substitute for salt. Because it can add a unique flavor to your dishes and draw out the flavors of the dish itself.

Basil leaves are the most common herbs that are used for cooking in India. These leaves are pungent in taste and slightly sweet in nature. It is not just known for its medicinal benefits but also known as a salt alternatives.

Basil is a well-known ingredient in pestos, but it's also great in soups, stews, vegetable bakes and even desserts.

There is no need to add loads of salt to your meals in to enhance the flavor or just get that salty kick you crave.

Also, fresh herbs tend to be more flavorful and luscious than dried varieties. Make sure and get fresh whenever you can or grown your own.

There are many herbs that can help you add unique flavors to your dishes and still keep the salty undertones you desire. Take some time to experiment with the herbs mentioned above and decide which flavor combination you like the most!

Should you wish to buy a combination of salt and herbs, then take a look at Herb Salts