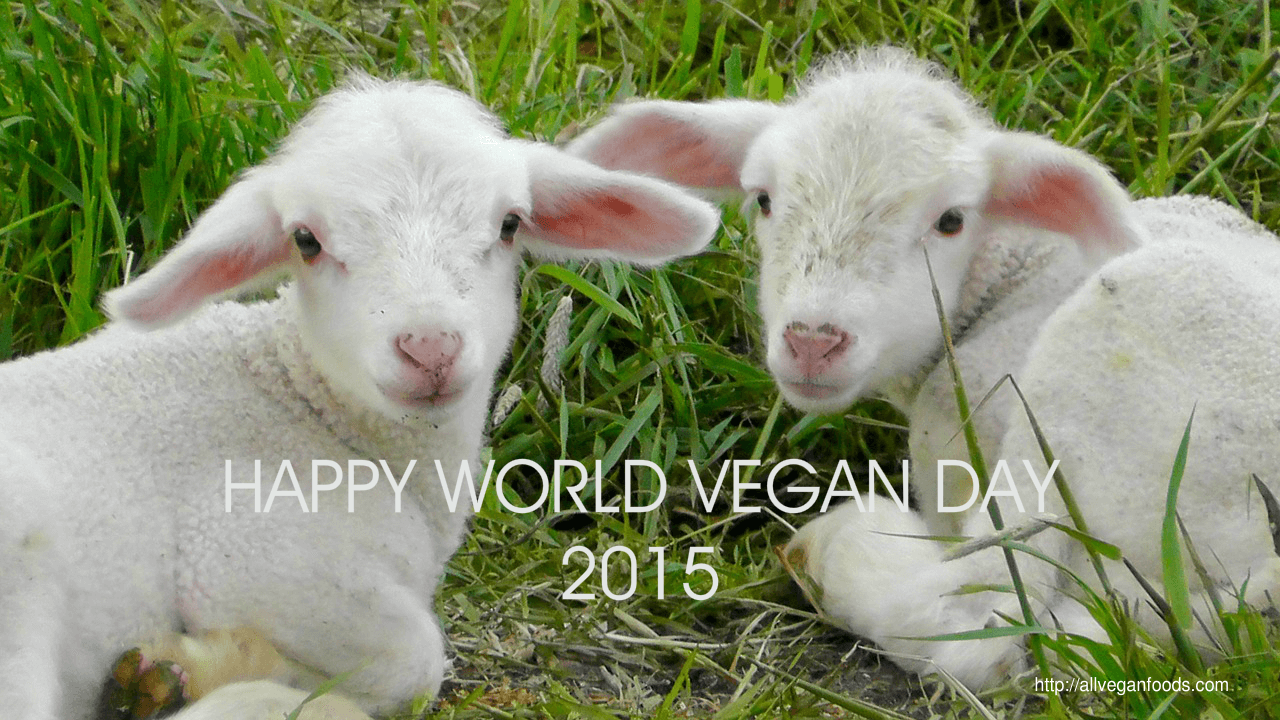 “We knew the Society had been founded in November 1944, but didn’t know the exact date, so I decided to go for the 1st November. Partly because I liked the idea of this date coinciding with Samhain, Halloween and the Day of the Dead – traditional times for feasting and celebration. Both apt and auspicious.” Read more about World Vegan Day at Wikipedia.

Along with celebrating the Vegan Society's birthday, Vegan Day is also an opportunity to promote the benefits of a vegan diet and veganism in general. The term Vegan was formed by Donald Watson.

Each year, vegan societies hold festivals and exhibitions around the world. It's a great time of year to find vegan supporters and vegan curious individuals celebrating with local events, talks and cooking demonstrations.

At VeganSociety.com you can find a list of vegan events in November and December 2015 word wide.

At Vegan.com you can find even more vegan events world wide.

We have decided to spend the day spreading the word about vegan compassion, together with a few good recipes on Facebook and Twitter – like the perfect chocolate mousse and Delicious Apple Crisp.

Enjoy this World Vegan Day however you choose to celebrate it. 🙂

Click below to the next page to check out one of the world's sexiest vegans.